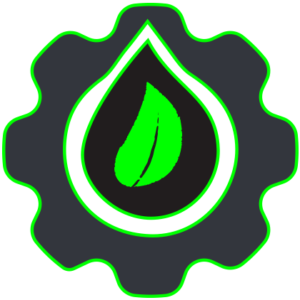 The industry recognizes that under current practices there are two primary conditions within hydrocarbon bearing formations that must be met to be viable for commercial production of oil and gas. The two most important conditions are permeability and formation fluid drive pressure. There is a vast amount of known oil and gas resources still in place that cannot be commercially produced because these conditions are not met using current completion, stimulation, and production methods; namely, multi-stage hydraulic fracking of horizontal wells (MFHW).

In addition, the data is now beginning to suggest that even so-called “sweet spots” may soon become unprofitable due to rapidly depleting reservoirs, GOR issues, higher costs and lower prices. And once the MFHW program has started it must be maintained to meet operating capital requirements and to satisfy shareholders and debt holders. This is called the “Red Queen” effect, taken from Lewis Carroll’s novel, Through the Looking Glass, in which the Red Queen says: “It takes all the running you can do to keep in the same place.”

The technology of generating permeability in rock formations with an electro-static pulse is not new; however, the current commercially available state-of-the-art technology has a low energy density, and consequently, is not economically suitable for significant down-hole formation stimulation. Deep Green One has developed an upgraded high energy density submerged electrical arc discharge system that produces very powerful, highly focused, supersonic velocity shock wave packets. These Electro-Static shock wave packets exceed the minimum required energy level to disintegrate the formation to a granular state in a discoid shaped region that is highly permeable and conductive for continuous fluid flow to the well bore.

The service Unit is comprised of a coiled tubing unit, a downhole electric arc emitter device and a controlled pulsed power system. The tubing unit and the emitter transmits the energy that generates the shock wave packet that cuts through the casing, cement, and radially penetrates the formation

The Electro-Static Pulse Stimulation process can be used to “engineer” the well production rate and the ultimate recovery volume. Therefore, the potential production rate and ultimate recovery for specific stacked oil and gas formations can be estimated using the Electro-Static Pulse Stimulation Process. Modeling is based on generating two discoids every vertical meter starting at the lowest point in the stacked vertical formation penetrated by a vertical well and continuing upward over the entire vertical height of the stacked formation group.

Thus, the potential value capture of the Electro-Static Pulse Stimulation process is a function of two factors: a) the number of discoids generated in the vertically stacked formation (i.e. the stacked formation height x number of discoids per meter) and, b) the radial diameter of each discoid (i.e. the energy applied x number of discharges). Both factors are controlled by the Electro-Static Stimulation process. Therefore, for a given formation group, the potential production rate and recovered volume can be engineered.

Modeling can demonstrate that the recoverable resource can approximate 50% or more of the hydrocarbons in place, depending on the assumptions used in the model. The significant incremental value capture becomes obvious when compared to the percentage of the resources currently being recovered.

The development and testing of the prototype is still underway; however, the research and development work completed so far give a high level of confidence that the results indicated here can be achieved.